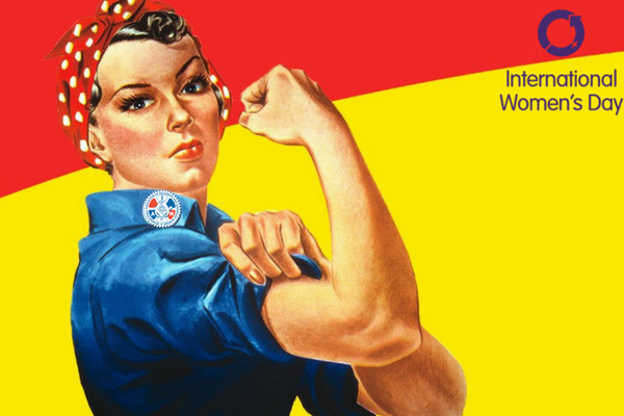 International Women’s Day is held annually on March 8 to recognize the achievements of women throughout history. Today our union pays homage to the courageous women—known and unknown—who have dedicated their lives to fighting for the dignity of all people.

The Machinists Union is blessed to have so many women leading the charge for justice on the job, including General Secretary-Treasurer Dora Cervantes, the highest-ranking woman in IAM history and a well-known champion for all working women.

Here’s some of what’s being said to recognize International Women’s Day—in the IAM and around the labor movement:

On #InternationalWomensDay, I see women running for office and raising their voices to champion the most important fights for justice and equality. Under my watch, the @MachinistsUnion will have their backs every step of the way. #1uWomen

On International Women’s Day we must end Gender Based Violence!

They reported sexual harassment. Then the retaliation began https://t.co/CZRjEn8Xap

In honor of #internationalwomensday we would like to celebrate all of the wonderful women that make GDA possible. It is through the strength of our female employees, puppy raisers, volunteers and especially graduates that we are able to make teams come t… https://t.co/V9GAgaJF4u pic.twitter.com/nVJgejvVBf

It’s going to take all of us to win #genderjustice. We must all work together to combat gender discrimination & promote women’s leadership. #TimeIsNow @TIMESUPNOW

If you work hard, you deserve time off during the holidays to see your family.

The post Thank You, Fearless Women appeared first on IAMAW.