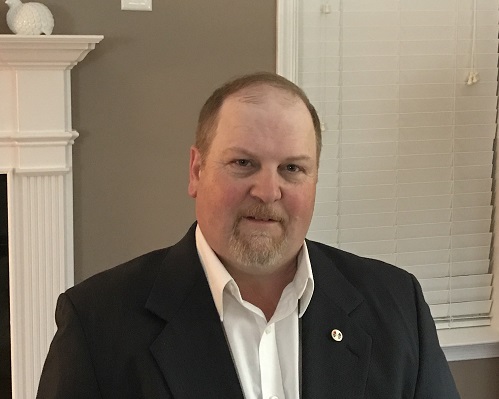 As the IAM Southern Territory loses Larry Young to the Midwest, a ‘new’ Larry takes his place. As of May 1, 2017, Larry Battle will be the new Directing Business Representative for District #74.

“This district is a unique area with a wide variety of companies calling it home, but also a lot of Service Contracts stemming from the military bases that dot the East Coast,” said Southern Territory General Vice President Mark Blondin. “I knew we needed someone who could wear numerous ‘negotiating hats.’ Larry Battle fit the mold as a Labor Leader who could use his experience and knowledge no matter the situation. He is Union to the core and a proud addition to the IAM’s Southern Team,” said General Vice President Mark Blondin.

But for Battle, taking the job was not an easy decision. The work was never a question – it was the effect it would have on his close-knit family. In order for his 15-year old son Travis to finish high school, he and Battle’s wife Teresa will remain at home for now.

“This was a family decision for us. My home is in Floyd, VA, a small town with a population of about 500. And now I was moving to Virginia Beach to live in an apartment, seeing my family only on the weekends,” explained Battle. “For 19 years, my wife and son saw me at home every evening. I had to make sure they were okay with that sacrifice.”

But at his core, Battle knew he couldn’t turn down an opportunity to take care of the workers who need him.

“I decided to do it because I was a steward, chief steward and a president throughout more than 20 years in my local lodge, and it’s about helping people,” said Battle. “I have a need, deep down, to help others. I do believe God gives you an abundance and you have to share it. I help those by forwarding the cause of workers and workers rights.”

“It’s a big commitment and a hardship on the families of union representatives who take these positions,” said General Vice President Mark Blondin who understands the struggle firsthand. “Men and women who step up and take these jobs sacrifice so much personally, but we need them for the labor movement to continue to grow and help working families.”

Without hesitation, Battle calls himself extremely fortunate. And he knew his family would support him because they too understand what it means to be union.

“I don’t think they know how grateful I am for their patience and understanding,” said Battle. “I have been blessed with a son who is appreciative, smart and understands the importance of worker rights. My wife is the same way and is willing to sacrifice so much, as we all do, for working families. They both understand these workers are part of our extended family.”

Battle says it’s very simple. “At the end of the day, I do this because I want everyone to have a better life, like I do.” And that, makes him a perfect match for the IAM’s Southern Team.

The post It’s About Family appeared first on IAMAW.