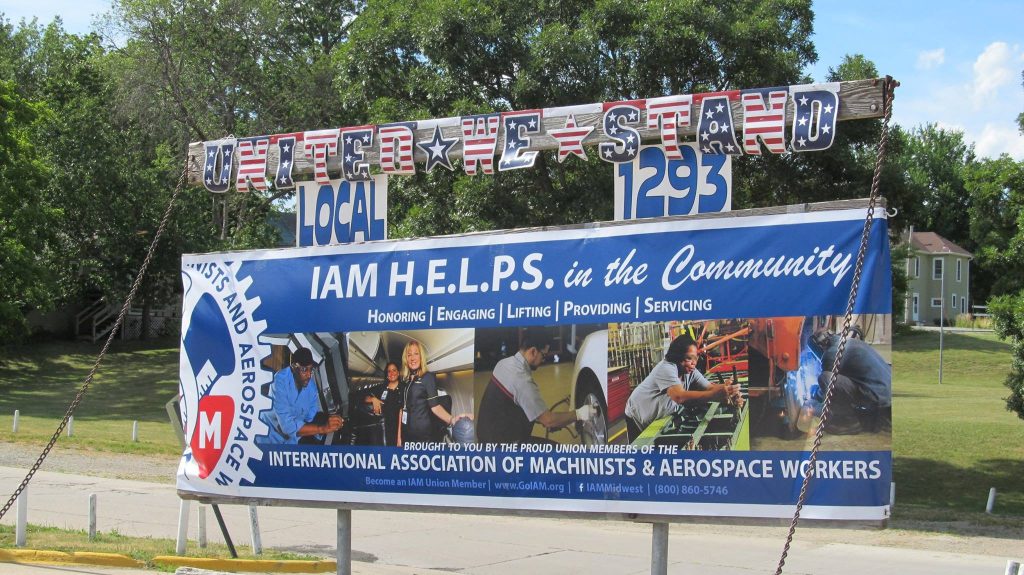 The IAM was on full display as members of IAM Local 1293 in Fairfield, Iowa; Local 2269 in Reedsburg, WI; and Local 1713 in Tomahawk, WI took part in local community and county parades.

The community engagement kicks off visibility for the IAM Midwest Territory’s new “IAM H.E.L.P.S. in the Community” program. IAM H.E.L.P.S. stands for Honoring, Engaging, Lifting, Providing and Servicing. The initiative is a part of the territory’s continued efforts to do more in the communities in which we live.

“The Midwest Territory launched the IAM H.E.L.P.S. program during our staff conference in April 2017 as a way to give back to the communities within our ten state region of Illinois, Indiana, Iowa, Minnesota, Missouri, Nebraska, North and South Dakota, Wisconsin and the upper peninsula of Michigan,” said IAM Midwest Territory General Vice President Philip J. Gruber. “Although our union has a long history of service to the community, we thought it was important to build a program specifically dedicated to planning and coordinating community service events throughout the Midwest Territory.

“Our goal is to show our neighbors what it means to be union – and part of what it means to be a union member is service. Service to the less fortunate and all those around us. Each of our districts will be hosting at least one community service event per year – re-building playgrounds, painting house for the elderly, helping out in disadvantaged communities, etc.”