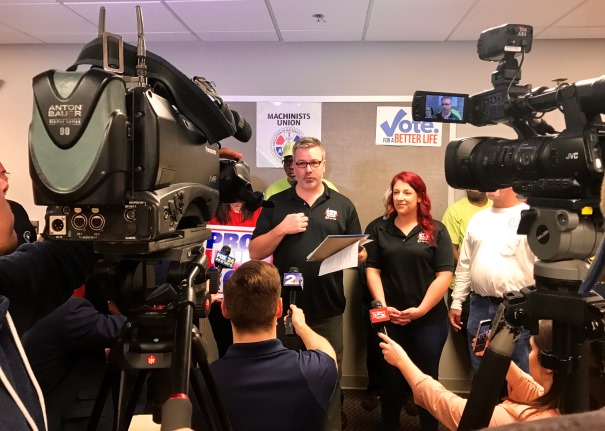 Nearly 3,000 workers at the Boeing South Carolina 787 assembly facilities will soon get their chance to have a voice in the workplace. An NLRB mandated election will take place February 15.

Boeing is using a portion of their $1.63 billion fourth quarter profits to hire a union-busting law firm, so workers at the North Charleston plant are being hit with a barrage of anti-union television, radio and social media ads.

Like the Boeing Workers at South Carolina – BSC Facebook page and let the workers know how being in the IAM has had a positive impact for you and your family.