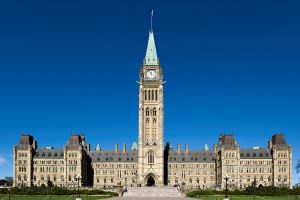 With more than 50 participants, the Machinist delegation will be the largest contingent involved in a Canadian Labour Congress (CLC) lobbying effort to stop Bill C 27, which would amend a longstanding pension protection law.

“Bill C-27 proposes to amend the Pensions Benefits Standards Act to allow federal employers to amend existing defined benefit pension plans to create target benefit plans in their place,” said IAM Canadian General Vice President Stan Pickthall. “This allows employers to rid themselves of legal obligations that have already been promised to retirees. This puts the risk onto retirees rather than the plan itself.”

The CLC is calling upon all affiliated unions to participate in the February 6-7 lobby of Parliament in Ottawa with the intent of stopping Bill C-27 in its tracks.

“A deal is a deal, and promises have been made to retirees so they can retire with dignity and secure pensions,” said Pickthall. “Our position is clear, we want no changes and no closures of defined benefit plans.”