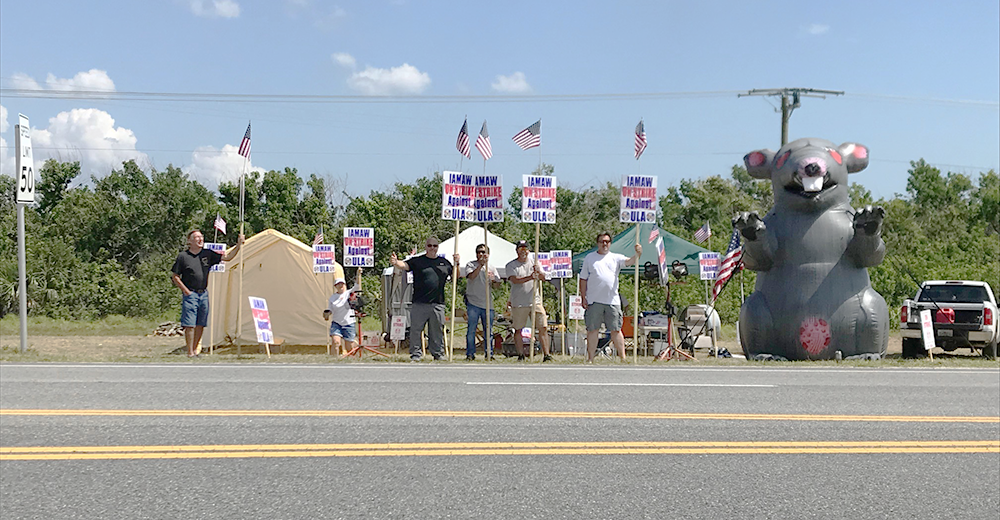 The first day of a strike always garners a lot of attention; from the media, the community and even union members. But it’s the second day the separates the real heroes. Day two makes it clear who is willing to talk about change and who is willing to fight for it. 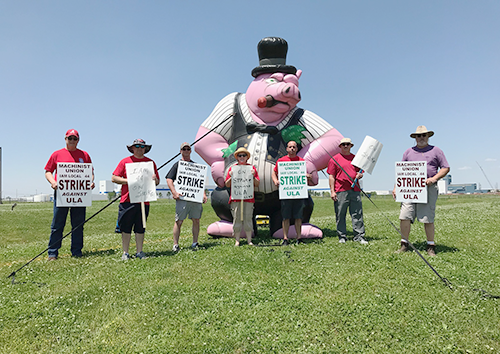 “Our members have delivered the reliability and experience that has helped United Launch Alliance create a world-class U.S. space program,” said Machinists Union International President Robert Martinez Jr. “The Machinists Union members at ULA connect the world with our beautiful universe. This strike is centered around many issues, but above all has amplified the message that our members want to be valued and respected in the workplace. The full force of 600,000

Machinists Union members across North America stand with our members at ULA.”

“There’s not a message that comes across louder or clearer than when a group of workers come together and decide it’s time to strike. And that’s exactly what is happening with the Machinists members at ULA from coast to coast,” said IAM’s Southern Territory General Vice President Mark Blondin. “I could not be more proud of my Brothers and Sisters from ULA who are walking, not just for themselves, but for workers everywhere. In solidarity, we stand together to let the company know that these workers, who are changing the way we look at the skies, deserve a strong contract.”

“Our members know the difference between good and substandard agreements. I believe this company underestimated our members resolve and are attempting to take advantage of their loyalty, by offering this type of below industry standard agreement,” said IAM’s Western Territory General Vice President Gary Allen. “These Brothers and Sister are a testament of the Fighting Machinists Union values of dignity, fairness, respect and protecting our families and communities.” 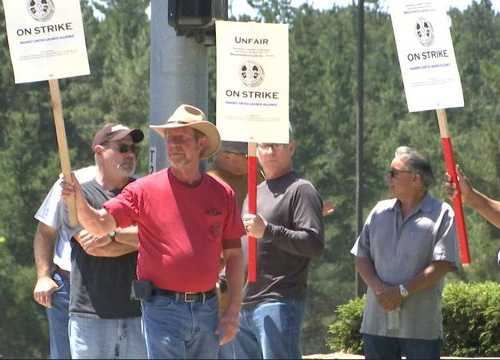 When the clock struck midnight, and it was than Monday, May 7, 2018, nearly 600 ULA Machinists at three locations in Decatur, GA, Cape Canaveral, FL and Vandenberg AFB started walking. Their message remains clear: they deserve a contract that reflects the decades of hard work they have given this company, making it the safest company in the Aerospace Industry.

IAM District 75 Directing Business Representative Tony Bishop could not agree more. “During the past three years, the workers in Decatur, AL have done everything possible to make ULA a profitable and successful company. And all the company has done is take, take, take from my Brothers and Sisters,” said Bishop. “No More! I am so proud to be part of a group that is taking a stand at not just one, but three locations to show ULA you can’t turn your back on us.”

For Johnny Walker, the Directing Business Representative of District 166 in Florida, this is not his first picket line. “Unfortunately, I have been on the strike line many times since I became an IAM member in 1978 and let me tell you, it’s not because I wanted to. It’s because no matter the year or the decade, too many companies always seem to try to make money on the backs of workers without wanting to give anything in return. It’s a damn shame that no matter the year, that never seems to change. But until it does, the workers of the Machinists Union will continue to take our message to the streets. We deserve a fair contract!”

As of now, the strike will continue until an agreement can be reached. The IAMAW is willing and ready to meet with the company at any time. Stay informed of the Strike at www.iamulanow.com.

The post IAM Machinists On Strike Against ULA appeared first on IAMAW.