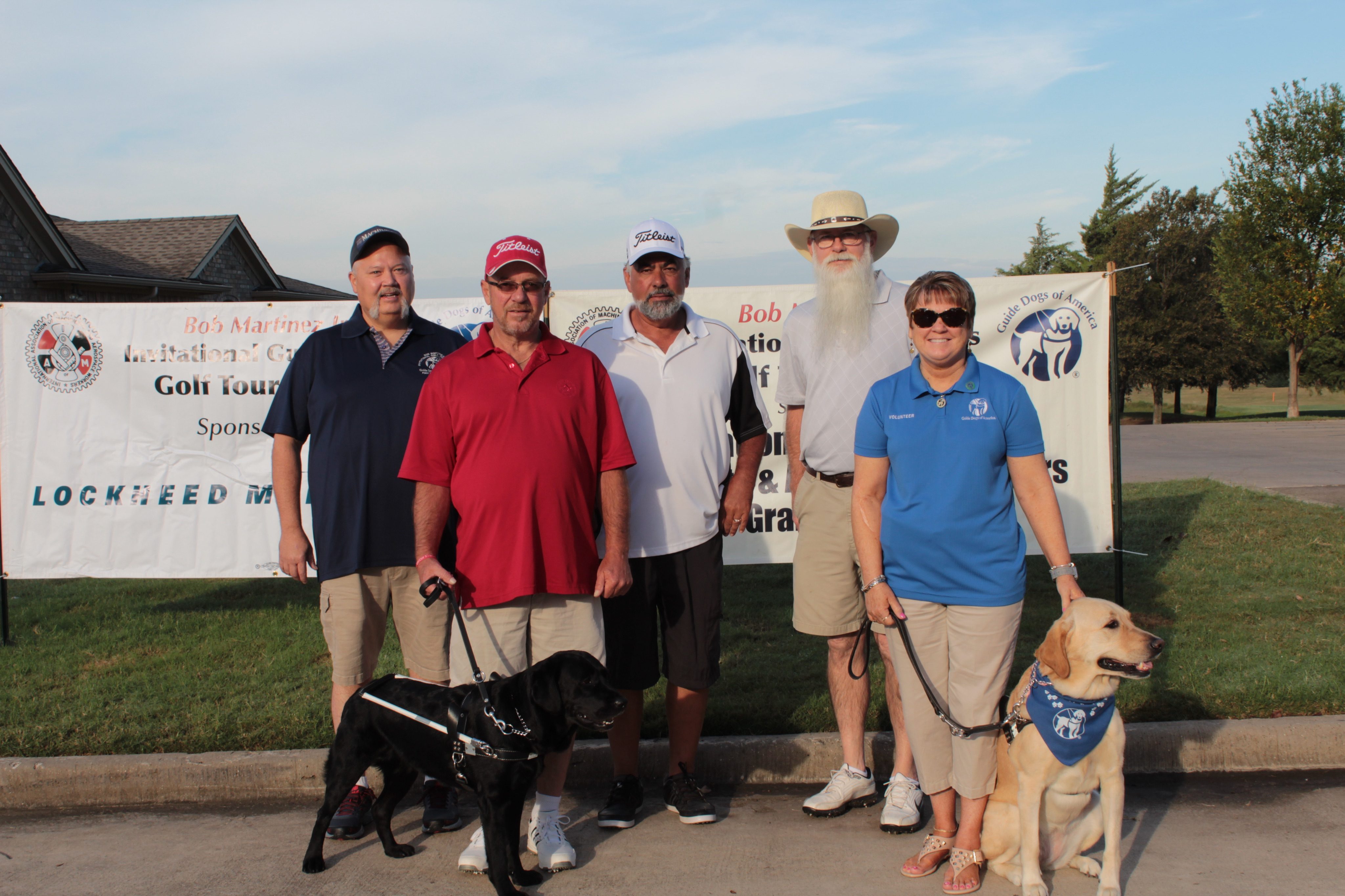 It was definitely a hole in one for the IAM and the puppies at the 5th Annual Bob Martinez Golf Tournament benefiting the Guide Dogs of America held recently in Fort Worth, Texas. All thanks to the organizing efforts of Machinists District 776, the Southern Territory and the volunteers who make it happen year after year. 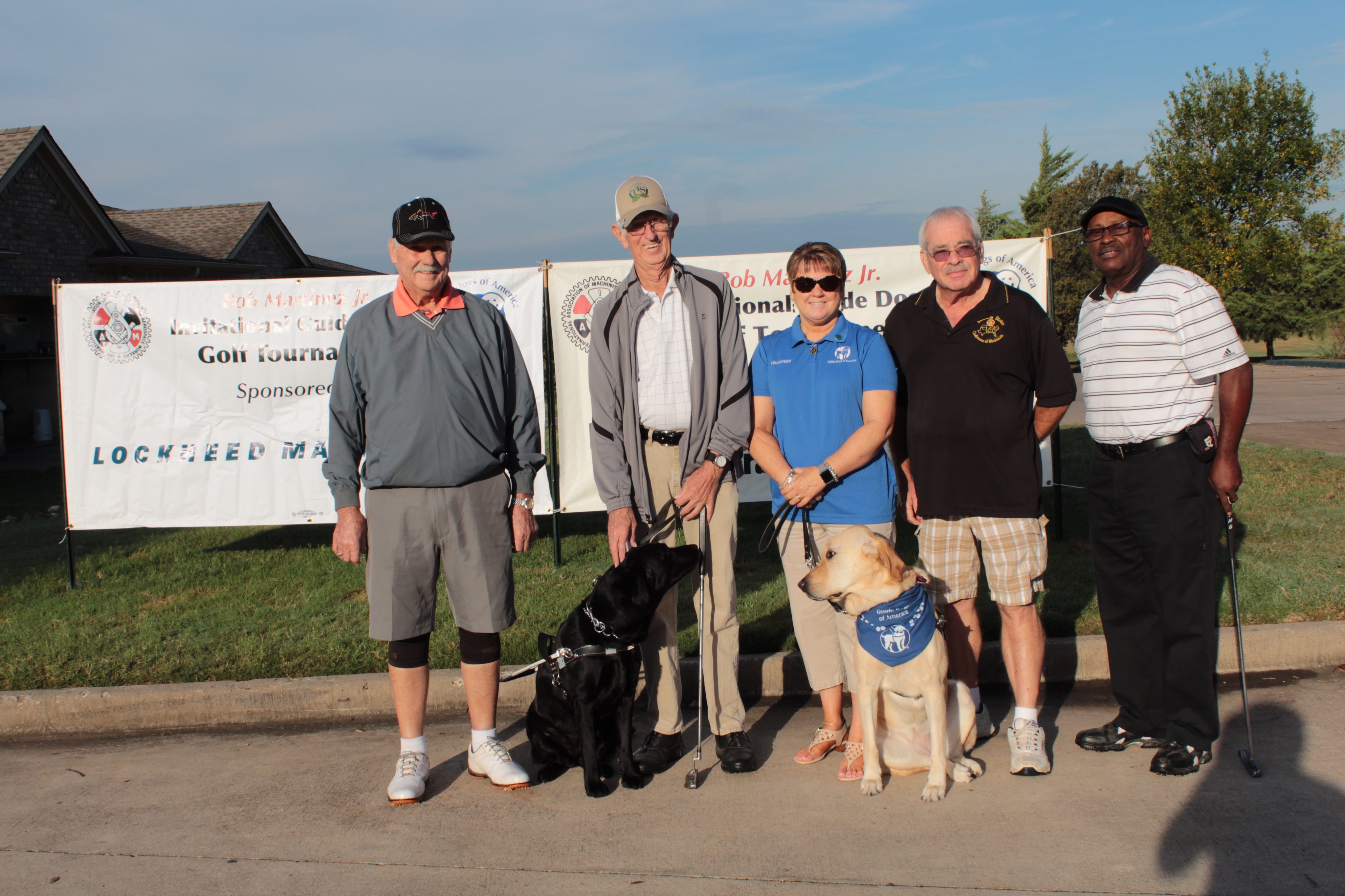 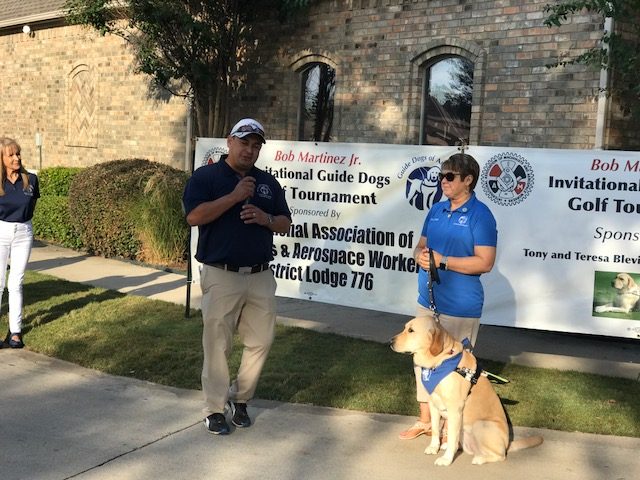 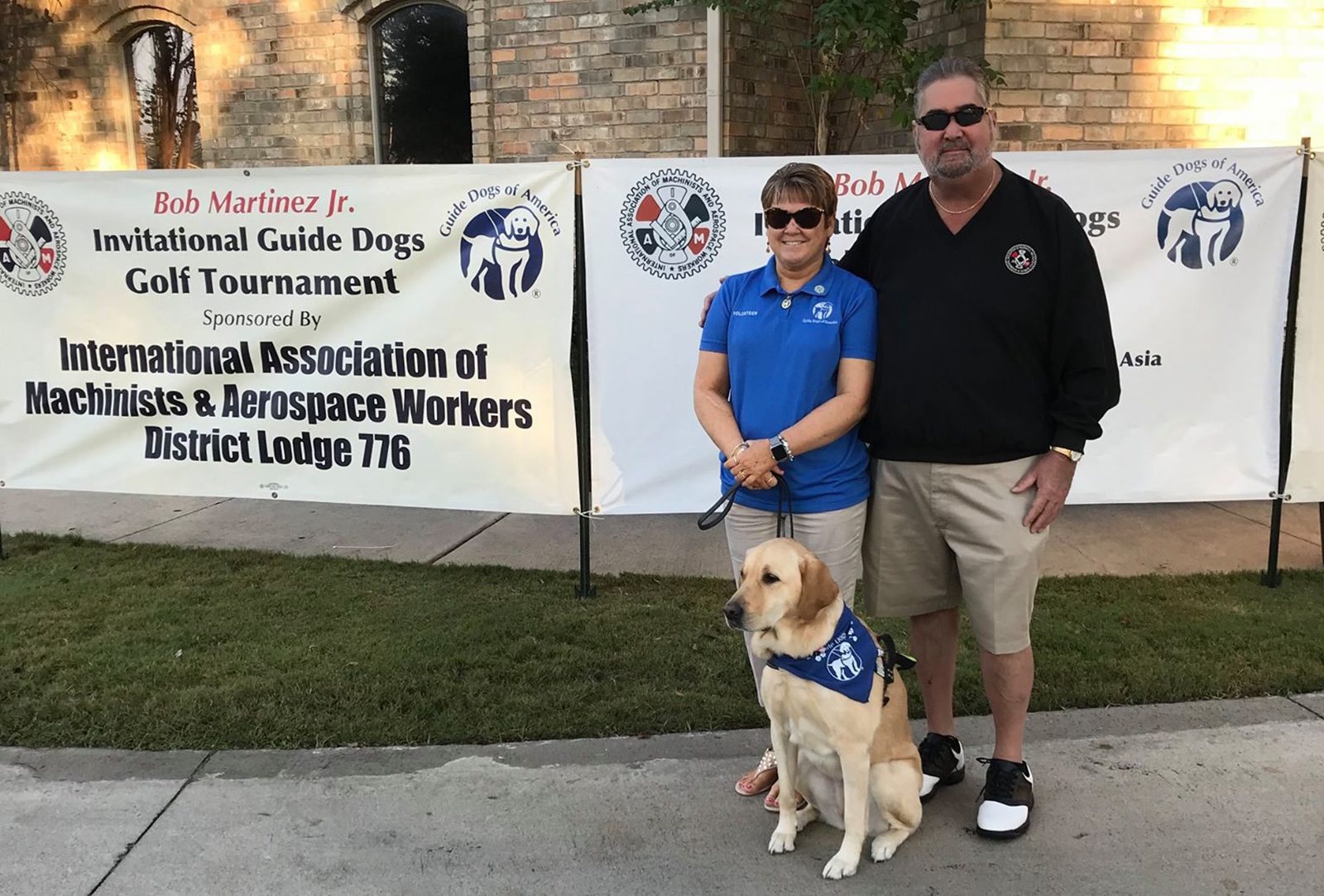 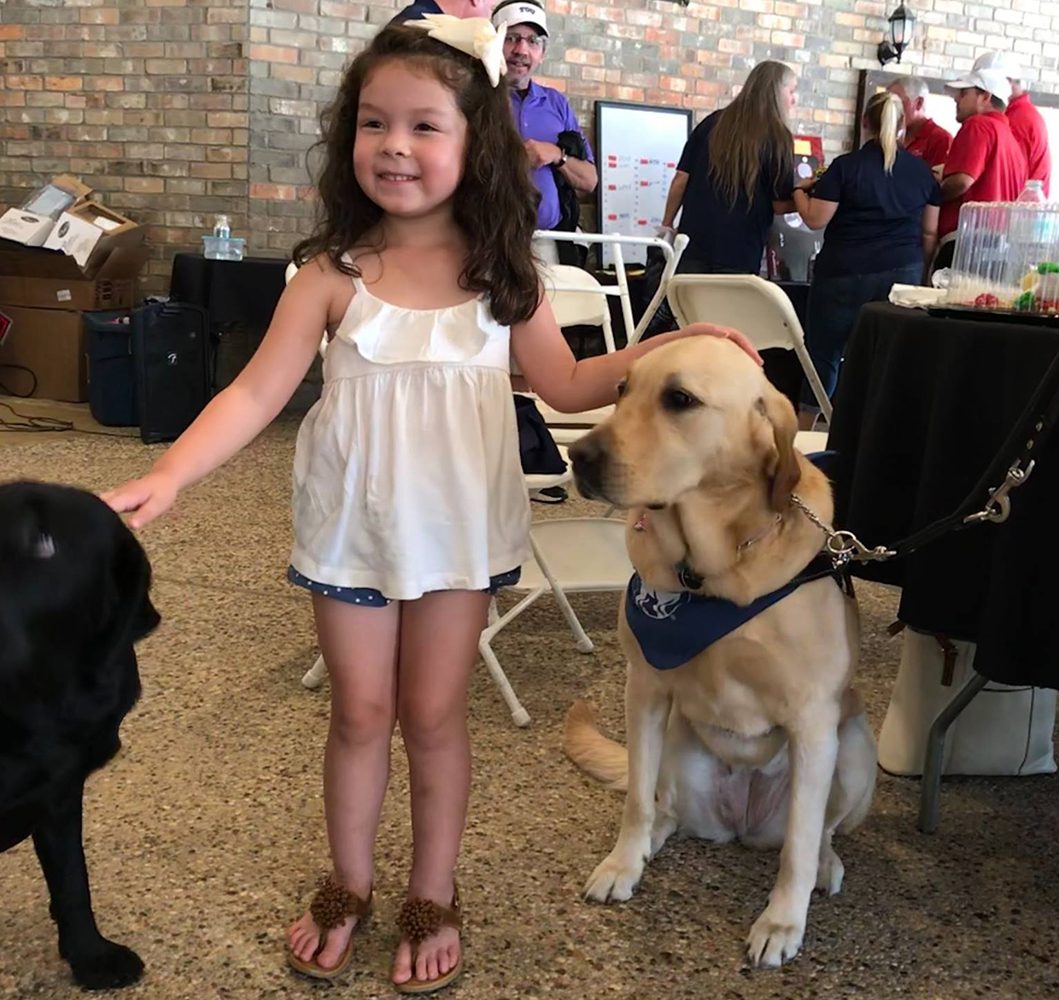 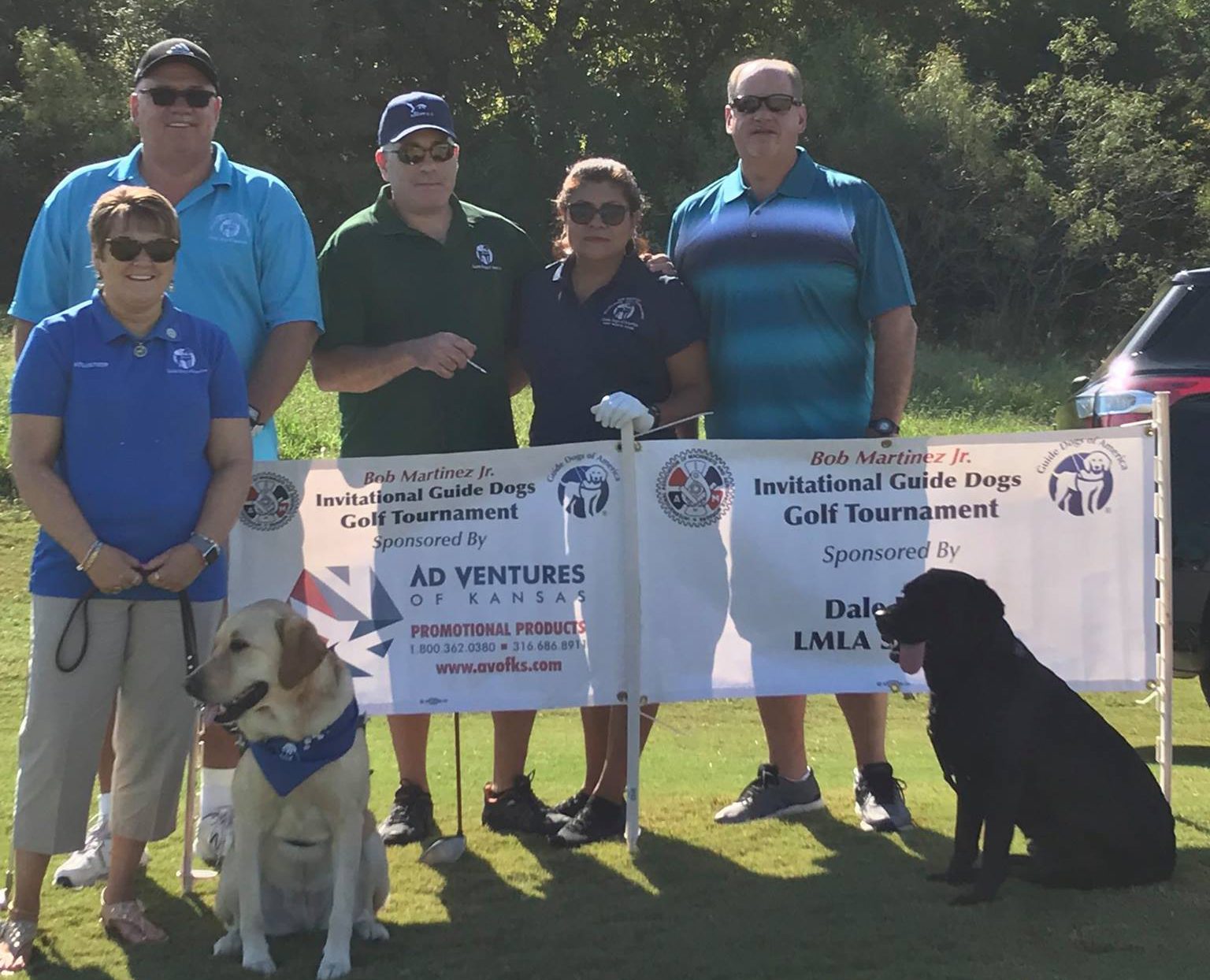 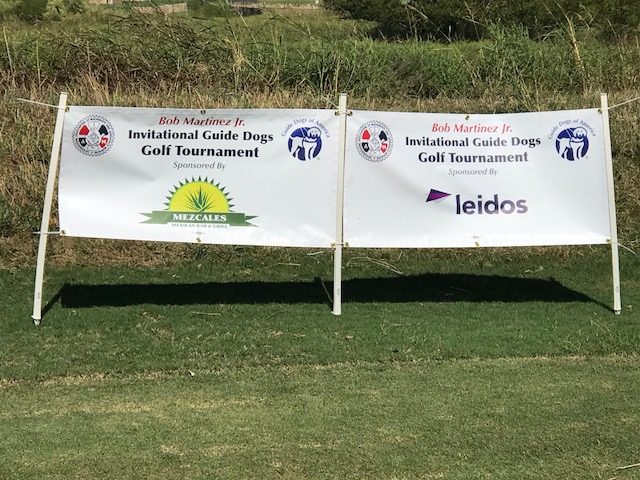 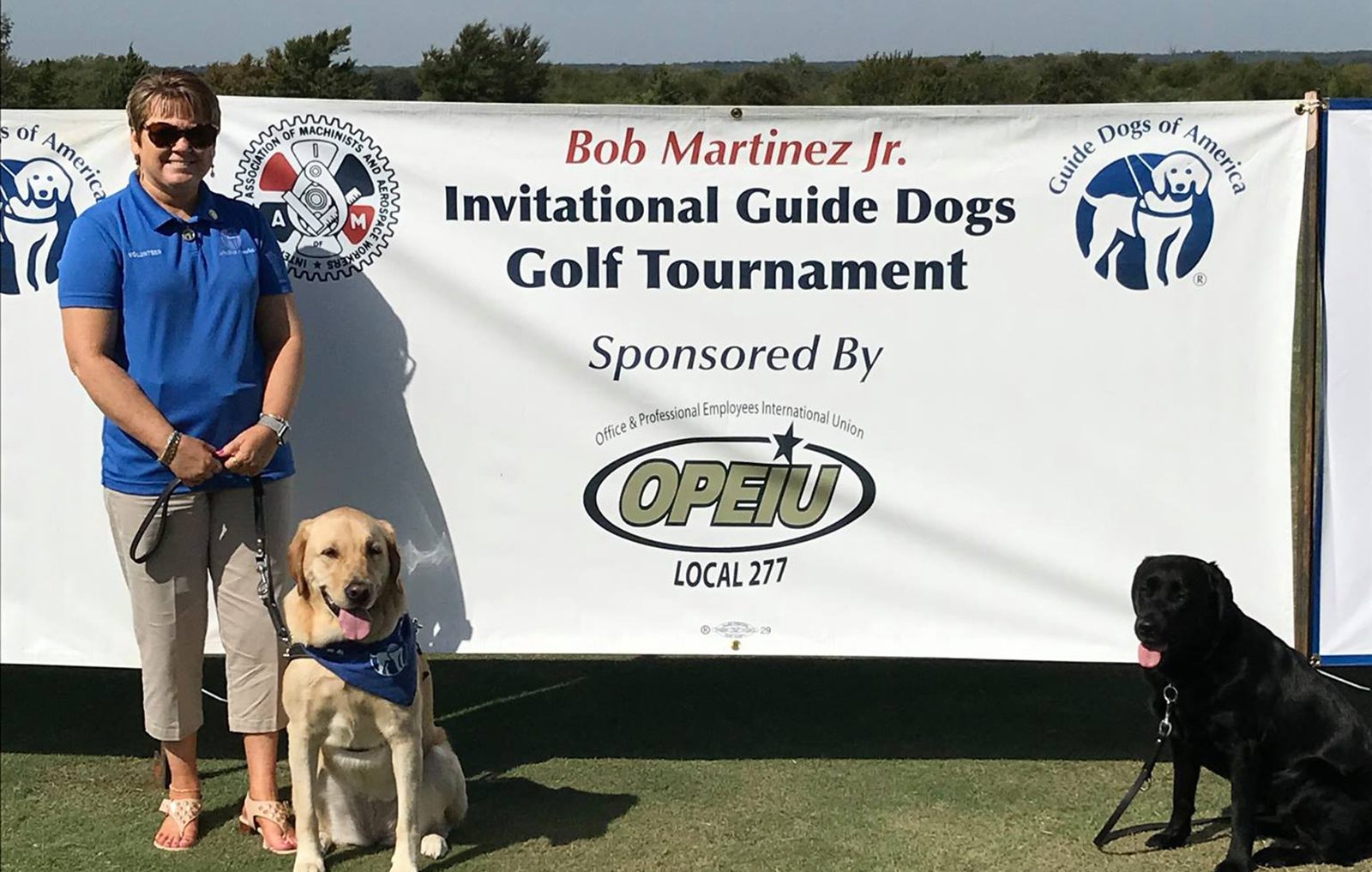 “It was an exceptional day! The weather was fantastic! And International President Bob Martinez had a blast,” said Eloy Rodriguez, Secretary-Treasurer of Local 776A and a prime organizer of this event.

The tournament drew neighborhood businesses and community members, as well as local employer Lockheed Martin who joined in the fun at this four-man scramble competition. But the best news came at the end of the day, after the results were tallied and the donations were calculated.

“With 112 golfers, we raised $50,000 this year,” said Rodriguez happily. “In our first year of this tournament, we brought in around $1200 so this makes me extremely proud of our fundraising efforts in the home district of International President Bob Martinez.”

“When the Machinists put their minds to something, the outcome is always outstanding! For the Guide Dogs of America, that money will be used to continue their work providing dogs to blind and visually impaired men and women, free of charge. That’s something you can’t put a price on. I am so proud of District 776 for organizing this event each year, making sure the Machinists in the South stick to their core values of always taking care of those who need us,” said Southern Territory General Vice President Mark Blondin.

Rodriguez promises that next year will be bigger, raising even more money. And Blondin plans to help make sure that happens.